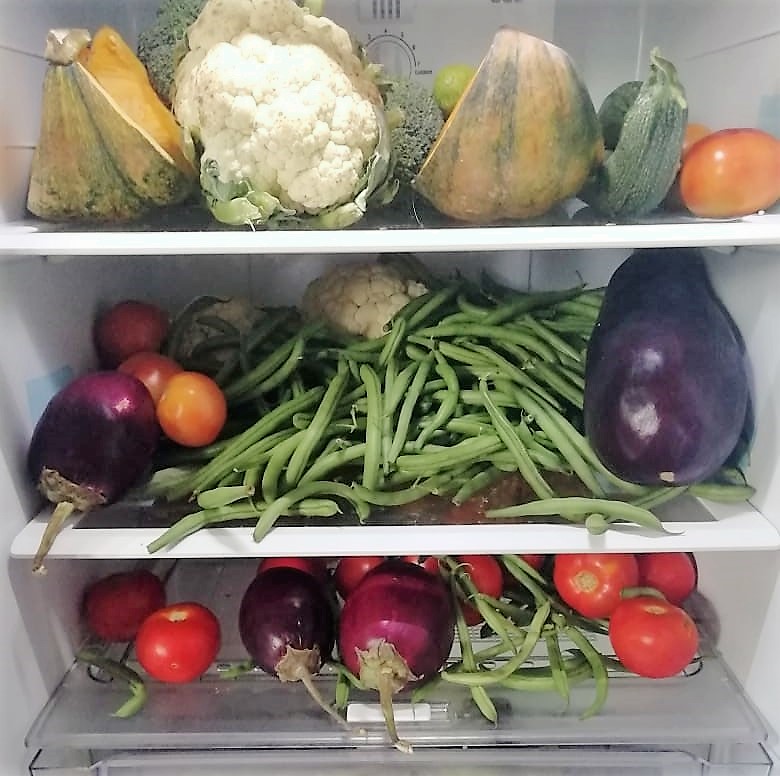 Following on the mild eco-anxiety that was developing in my mind when newsfeeds are full of facts about the climate crisis, I found myself reading more and more about the ‘zero-waste’ –concept. More and more. Blog after blog. “The top 10 tips for Zero Waste beginners”, “How to do Zero Waste grocery shopping”. It sounded really something I wanted to try – not to aim for some perfection and think that adopting some ZW principles would make me a better person or make my carbon footprint to disappear - but rather because many of the ZW lifestyle tips felt like those ‘low hanging fruits’ for doing my share in preventing this world to drown in plastic waste, relatively easy to adopt in my present life. So I started asking myself – why should I not give this a try? Any case I really enjoyed the use of washable nappies when our children were babies and during those years I noticed it clearly how the use of washable cloth nappies became more of a mainstream choice to do with the choice of re-usable cloth nappies becoming available also in regular supermarkets instead of only being sold in specialist shops and online stores. This would have been the result of so many families making the choice for re-usables instead of disposables.  So for me that was a strong testimony of the difference that people can make when they vote with their wallets and demand more environmentally friendly products and practices.

Interestingly, I also realized when going through these ZW blogs and YouTube videos, that in India, many of these tips, especially when it comes to kitchen, cooking and grocery shopping, are already integrated routines, regular way of life for everyone. Just without a trendy ZW lifestyle label on them. This, I find, is very important to understand when critics in western countries state that they should not be expected to change anything in their consumption habits “because it does not make any difference since India produces so much of plastic and all sort of pollutants.” I of course won’t deny the statistics and facts about the state of increasing CO2 emissions in India and the huge issue with plastic waste that is affecting the country, including its animals that end up eating plastic rubbish from roadside garbage bins and then suffer and die of intestinal impaction when the plastic accumulates over time and becomes a hard ball that eventually perforates through the guts. But, I think in these discussions India deserves credit for those many ZW elements that are already in place or very much possible for most people to practice. These practices need to be appreciated not only for their cultural and customary value but for their role in reducing waste. These practices need to be preserved and extended and not given up because of the faulty idea that buying food packed in plastic is modern and more desirable.

So I have become inspired to expand my already existing waste-reducing practices to a more intentional path towards zero waste, without taking myself too seriously with this – because what also impressed me in the ZW blogs that I have read is the positivity and the fun what zero wasters are having when making these small but still significant changes in their lives. There will be lots of learning on the way no doubt and exploring – through trial and error - the possibilities that there are for ZW life in India. To start with, I thought of going through the most obvious of those ZW lifestyle tips that are part of everyday life in India.

1.       Fruits & vegetables. EVERY ZW blog lists the use of re-usable produce bags instead of plastic bags from the supermarket among the top 5 ways to reduce plastic consumption. In India, most people by their vegetables from the market, directly to their own bags. No plastics involved here.

2.       Dry staples. Another common theme in the ZW blogs is the availability of ‘bulk stores’ where you can buy dry staples like beans, flour, sugar etc into your own re-usable bags or containers. Advice is provided for those who live too far from such bulk stores. Ooty municipality market has vendors that sell flour, rice, sugar, baking soda, all sorts of beans, pasta, popcorn seeds, etc in bulk bins and jute sacks from where the customer can buy as much as he/she needs and this will be either packed in plastic bag provided by the vendor – OR – into the re-usable produce bag brought by the customer. At home you then transfer the bag’s content to a suitable storage jar. These are ordinary grocery vendors and I’m sure similar are found all over the country.

3.       Cutlery for eating out. Equally, the idea of carrying one’s own fork or spoon to avoid the use of plastic cutlery when eating fast food/take-away food, is commonly given tip in the ZW blogs. Of course it is important in India, too, but let’s remember that lot of Indian food, including take-away and roadside fast-food, is eaten with hand and without any cutlery involved.

4.       Plastic bag ban and plastic water bottle ban. These are not pan-India bans but in the district where I live (Nilgiris), plastic shopping bags were banned already some 17 years or more ago. Last year the ban was extended to also include plastic water and soft drink bottles and all single-use paper/plastic straws, cups, plates, cutlery etc. Also plastic can’t be used for printing banners – which are commonly used in India at various events. These plastic and single-use disposables bans are the results of hard work and community activism by some amazing individuals and I am looking forward in writing more about them later on.

5.       Lunch boxes to carry your own lunch from home to work. Check. Very much done in India. Stainless steel tiffin boxes and their contents is a form of art in itself and home-cooked food is highly valued. If you do go out to eat your lunch chances are high you get it served either on a plain banana leaf or on a proper stainless steel plate. Problem here are the ‘parcels’ - these are simple take away meals where rice or chapatti is packed in old newspaper or banana leaf but the curry part of the meal is in a small plastic bag.

6.       DIY stuff. Zero Waste blogs also share recipes on making your own pasta sauce, yoghurt, hummus, salad dressing, vegetable stock etc to avoid the packaging material associated with them. All good and important. However, Indian traditional cooking has forever meant and still means for millions of people home-made curries and chutneys & cooking from scratch. Nigel's aunt still makes her own butter. I know – we all have had mothers or grandmothers like that – they just did not know they were ‘zero wasters’. We need to learn from them. With my friend Suzan we often joke about our ‘being like Mrs Ingalls from the Little House on the Prairie’ or ‘the early settlers’ as we explore how to make things ourselves - whether because of the desire to reduce packing or because the ready-made version of the product would be imported and thus quite expensive or most often simply not available in our small town grocery shop.

7.       Toilet paper. Without going to much further details on this, in India toilet paper is not something that everyone uses. Most people go without. There is the bidet shower or a bucket of water and a jug in every toilet for the cleaning up purposes.

This is the start. I hope to be featuring different aspects of my zero waste life path, especially focusing on the challenges and opportunities in India and also featuring some amazing individuals that I know who are setting examples in how to reduce waste. I just read an article about how Finland has to now export plastic waste to Germany and Sweden because the recycling centers can't handle all the waste that is being sent there. So this tells us that yes, it is great that the plastic recycling has picked up and people are segregating their waste more efficiently that was expected but also underlines the fact that recycling is not the only answer to be relied on. Zero Waste is based on the principles of the 5 Rs; refuse, reduce, re-use, recycle and rot. So before we turn to plastic recycling bins we would need to think how to avoid the creation of that waste alltogether. 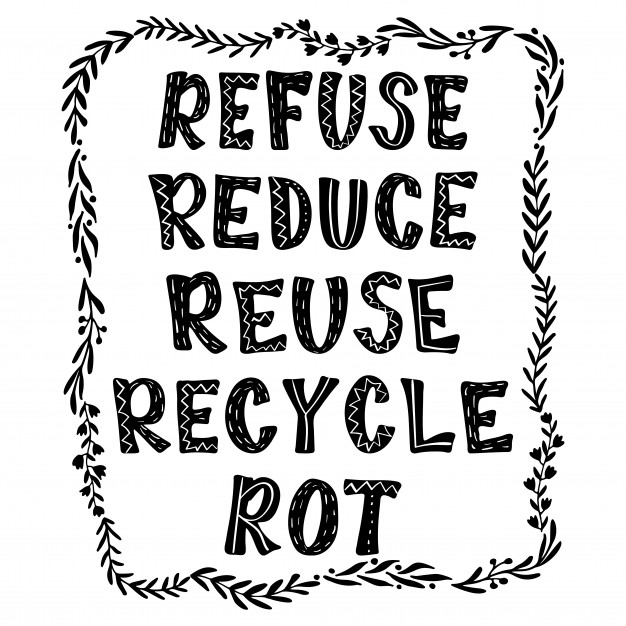